All images in this website are © Tom Hadley and may not be used or reproduced without permission. Please contact us for a chat about usage.

The photographic challenges of the Valley of Rocks

I visited Exmoor National Park for the first time in September 2021. One of the highlights of the trip I was most eagerly anticipating was the Valley of Rocks, choosing to base myself in Lynmouth to be close by for repeated visits. I’d done a little research of the area and images people had made, which provided a starting point. But what I found when I arrived wasn’t quite as straightforward as I imagined, so I thought it would be interesting to break down my findings, and the images I was able to make, to help others who visit. Firstly let’s look at the valley as a whole. 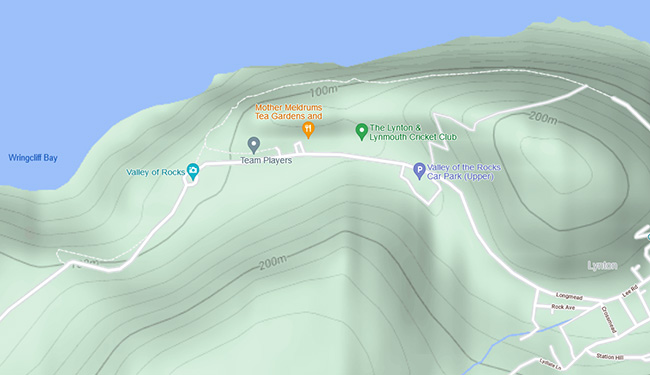 From this terrain map you can see that the Valley of Rocks is a “dry valley” with no water in the valley floor. It’s curved with a hill at the eastern end, meaning light from the east is blocked from the valley floor in the morning until the sun is relatively high in the sky. The western end is dominated by Castle Rock, a spectacular triangular hill at the western end (shown in the intro image above) which light can pour around into the valley floor towards the end of the day. The valley edges are steep with the South West Coast path running along the outside of the northern edge of the valley along the cliff edge. The valley floor is studded with rocks but also contains a road (with a roundabout) a car park, a couple of buildings and bizarrely an area used as a cricket pitch! So it’s really not possible to separate the natural magnificence from human elements in a wide shot of the entire valley, although the high edges are accessible via (steep) paths.

So the first thing you have to do to photograph this area is decide what you can and can’t live with including in your desired shots. Then break down the area into sections depending on the amount of time you have. This is all quite difficult to achieve on a first visit, the valley floor has a gentle slope so you can move around easily, but going up and down the sides with camera gear is hard work! I would break down the valley into the following broad areas:

All of these give you something different, but I would say they are all best photographed in a westerly direction in the evening (with one exception I’ll return to in a bit!). The main car park at the eastern end is the area you’ll probably want to exclude from your shots. It is possible if you’re careful with framing as this image shows. The valley floor has lots of foreground interest (rocks, heather when in season) and you can get low to minimise  the road etc. The southern edge gives you the best wide view of the valley interior as a whole (but less sea unless you frame just around Castle Rock), the northern edge is the best point if you are sure it’s going to be a spectacular sunset. The coast path still gives you an great view of the coastline to the west without the need to climb the northern ridge.

I made two visits, the first at sunset, then a second attempt at sunrise. Sadly I didn’t get great sky conditions for my sunset visit, with 100% heavy cloud cover. For that reason I decided not to burn time and energy climbing to the ridges, but work from the valley floor and around the outside on the coast path. I made a few images towards Castle Rock but with flat light it wasn’t very exciting. 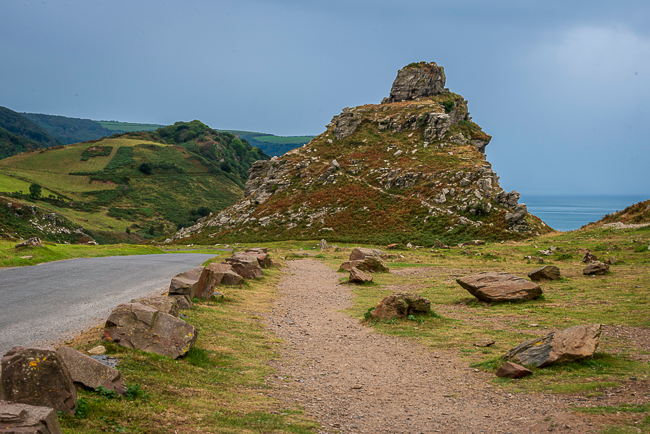 I fared a little better out on the coast path looking west where reflected light from the sea gave me a bit more tonal variation. And the coast path itself provies a nice leading line with none of the human features of the interior to have to worry about so I could shoot wider at 26mm. 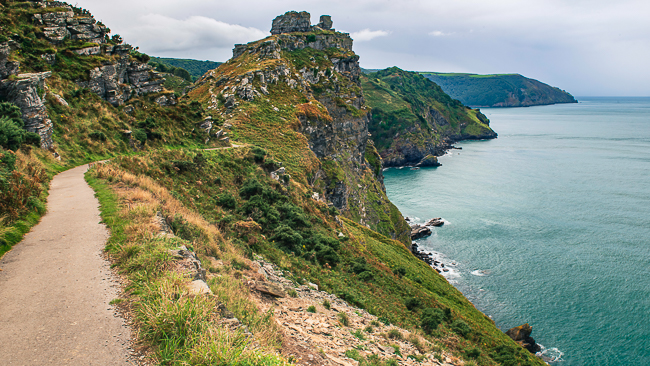 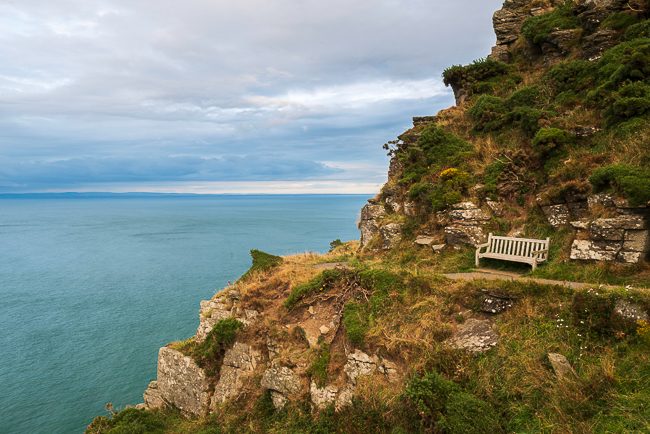 The one other subject you can photograph fairly easily in the valley are the population of feral goats. I swapped to my 70-200 lens to get some shots of them with a clean sea background as they fed amongst the bracken close to the cliff edge.

The light soon disappeared after that and my day was done, but having not done the location as much justice as I would have liked I was determined to return for sunrise the following day when the light was predicted to be much better. As it turned out it was. For the pre-dawn I was out on the coast path when high cloud to the east briefly lit up. 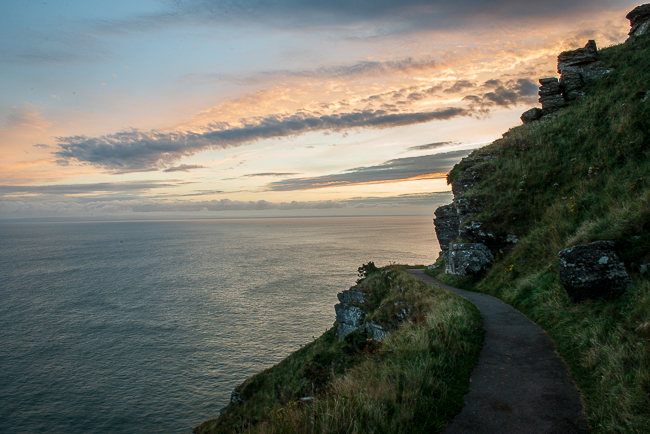 As the sun rose above the horizon the large hill at the eastern end of the Valley of Rocks stopped any glow appearing on Castle Rock, what happens is that Highveer Point further down the coast is lit first while Castle Rock remains in shadow. In my final image I was able to balance the exposure to some extent and the sky looks great. Having background better lit than main subject is not ideal, but at least there is some tonal variation. 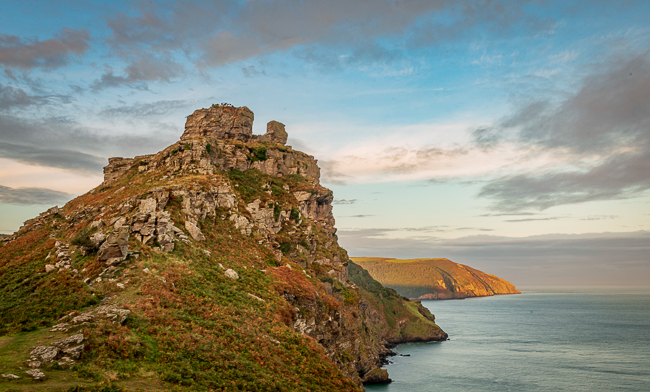 I will definitely look to return to the Valley of Rocks in the future, there are a lot more compositions to be made here and I’m now armed with better knowledge from this first trip. I hope this article helps you visit there and get some great images too. If you’d like to ask me anything further hit me up on Twitter, I’m always happy to help! I’ll be sharing another post with more images from Exmoor soon.